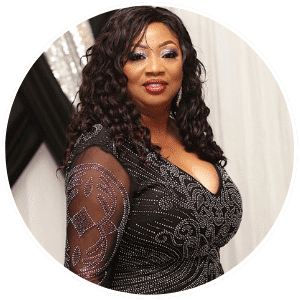 At the age of ten years old she discovered her talent in acting but her father wanted her to be a lawyer. She kept her dream alive until 2016 when she produce her first movie Unveil, directed by Robert Peters. She also co-produced another movie by the name of Clash which is coming to cinema’s soon. Clash is directed by Pasca Atuma and acting along side with Omoni Oboli and Stephanie Okereke.

As of recent Williams produced a movie called Unbroken Cord directed by Teco Benson. Which is coming to the cinema’s very soon. William’s also acted alongside Actor Hakeem a well know Hollywood actor in the movie Tyran.

Vivian always said your dream can only die if you stop dreaming. With that being said she founded Nollywood International Canada and she is currently the president.

Vivian Williams encourages men and women to have a career. She provides guidance to all, empowering all to strive for better. Vivian Williams is also selfless, she has provided housing and accommodations to people that need it in order to make sure that they continue on a successful path. She is a role model in her community and is always willing to support anyone in need.